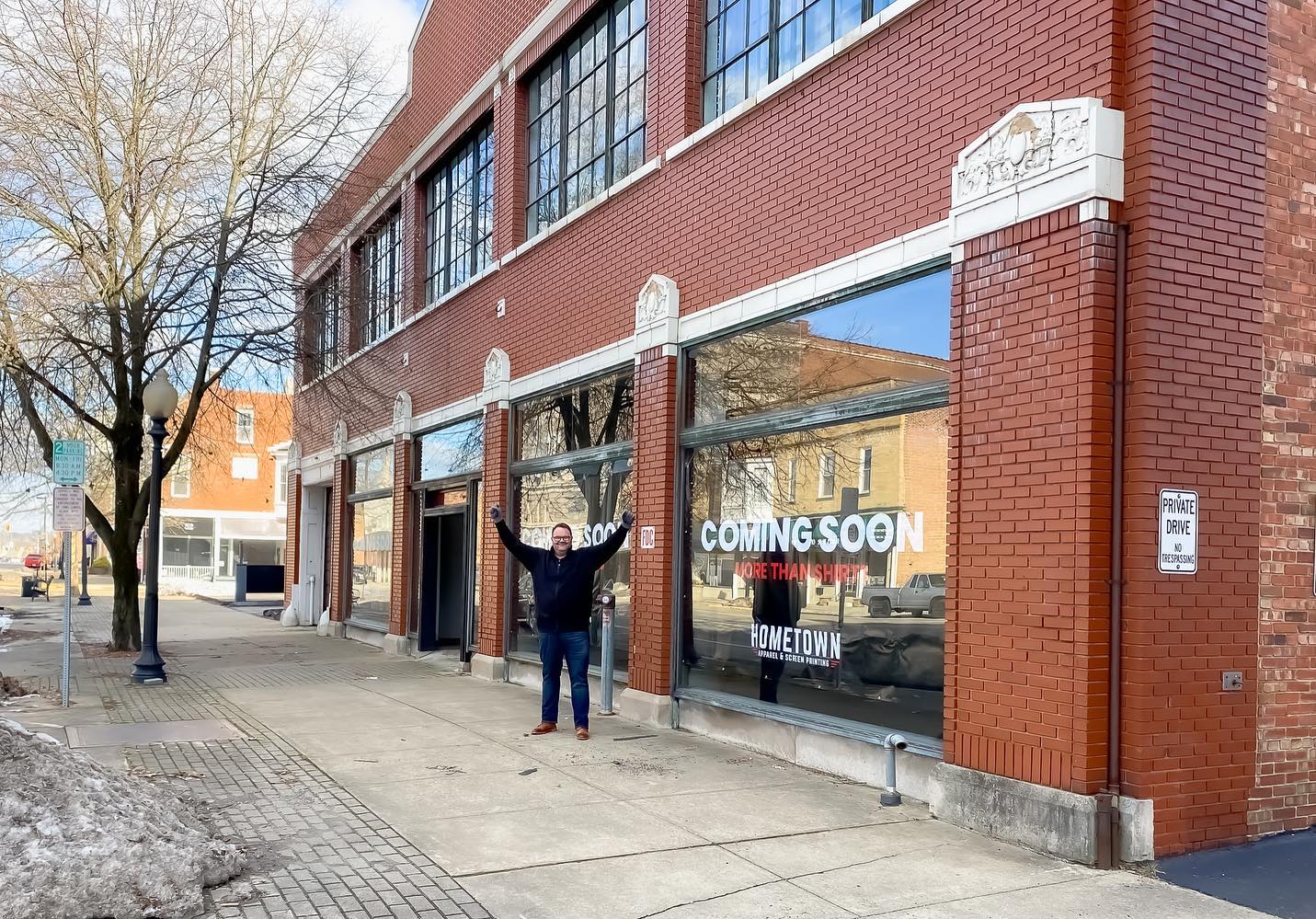 "It's scary to leave a full-time job to open a business." -Ben

Spotlight on Ben Thompson, owner of Hometown Threads inside The Fort Collective. If you don’t already know, Ben also owns Hometown Apparel on North Bridge Street. He opened the Bridge Street store in 2016, and shares how scary it was opening a business and leaving his full-time job. He shares how the customer base he’s grown over the past six years has made it all worth it, and that he wouldn’t be where he is now without the incredible customers. There’s been a phrase that’s developed recently, “More Than Shirts.” It’s a simple idea, says Ben, but it truly describes who we are as a company. Yes, we care about the shirts we print, but we care more about the people who order those shirts.

The team at Hometown consists of passionate and caring people who believe they have an opportunity to make a community-wide impact that goes way beyond printing shirts. The byproduct of this mission is setting the bar high for customized apparel and being the best at what they do.

Ben and the team are beyond excited to expand, grow, and move this store to the heart of beautiful, thriving downtown Chillicothe! The new location will provide more room for printed high school apparel, sorting and inventory, print and production, our growing team, and more! The new store will be located at 30 E. Main Street, within walking distance of their Hometown Threads branch.